I'm kinda surprised that it's happened so soon.  But as usual, the last of my currently scheduled "vacations" are over and now I'm starting to feel the first twinges of Disney withdrawal again.  I was just at Disneyland in January, but about 7 months after being in WDW last August, I'm now getting the WDW cravings again.  I need another excuse to go to WDW sometime.  I think it may be because I just came back from a "not quite much of a vacation" vacation, that I am looking for something that will be ultimately vacatable.  Plus it's still so darn cheap to go to WDW, I should go again before the economy recovers... yeah, that's my own rationalization.  :)

So much other new happenings at Disney these days... in the roundup today... 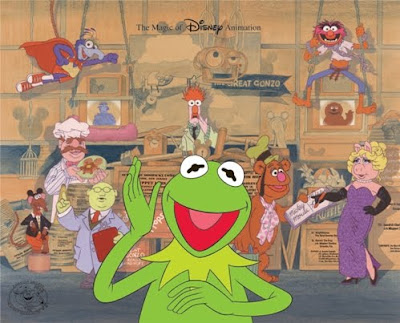 A new Muppets cel that they are releasing, limited edition of 1500, that is way cool.  You have to attend the release event at WDW to get it, but still pretty neat.  Strangely enough, my Disney art collection doesn't have much in the way of Muppets at this point, but this would still be cool. 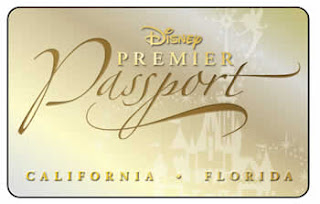 For the first time in history, you can get an annual pass that is good at BOTH Disneyland and WDW Resorts. One ticket, every North American park Disney has, and you're in the gate.  More an amusement than anything to me, because I think most people are more likely to use it at one more than the other.  So the hefty $700 price tag probably isn't so inspiring to most people.  The perks aren't so much different than the premium APs at WDW or DLR individually, so unless you are a cross-country Disney-obsessed park hopper, I don't see who would bother.  But it is indeed interesting to see that they are integrating their two ticketing systems, at least enough that they can even handle a pass good at both resorts. 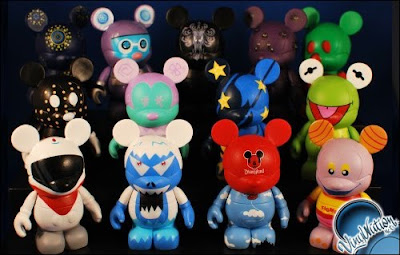 The last several times I've been to the parks, I've started seeing these new figures called "Vinylmation" all over the place.  Disney first released these in the parks in December of 2008, and now you see them pretty much everywhere.  These little vinyl Mouse-eared figurines come in dozens of different "collectible" styles and designs.  And if you ask me, each as completely awful as the next.  It seems to me that Disney is making a vain attempt at creating a new "collectible" in an attempt to extend and capitalize on something similar to the pin-collecting craze that has swept over Disney parks in recent years.  My analysis:  fail.  I think the concept would be good, if not for the fact that the darn things are pretty much creepy.  And at a retail price of $9.95 each, who buys these things?  People see words like "limited edition" and "collectible" and think "oooh, I need that, it may be worth something someday."  Perhaps so -- I think they'll be worth probably about $0.99 on eBay in a few years.  Even the new Muppets edition they are releasing soon creeps me out. 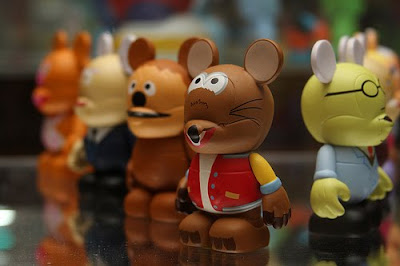 Rizzo the Rat looks almost tolerable, probably because he's in the shape of a mouse, but Dr. Bunsen Honeydew is utterly terrifying.  Maybe when they're on clearance for $1.00 each, I might get a few and hide them under the bed for a few decades.
Posted by Joe at 11:27 AM