Adventures in the Highlands – Day 7 and 8

Saturday was mostly a travel day, as I said a fond farewell to Sweden and headed over to Scotland.  My friend Heather met me at the airport, and after dropping my stuff at her flat, we went out around the town.  No trip to Edinburgh would be complete without a stop at a local pub, and one nearby was the Queen’s Arms. 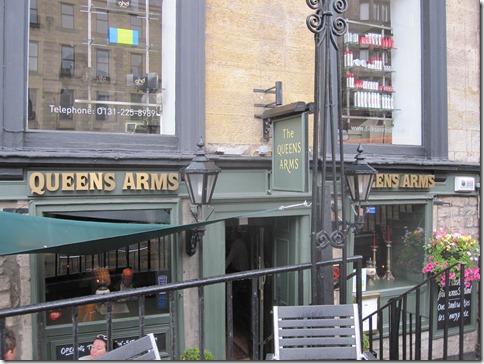 I have to say, if we had pubs like this back in the States, I might find myself here more often too!  We sat and had a pint at a nice little table in the corner.  And yes, all of those books are 100% real, no staging here.  What a crafty place. 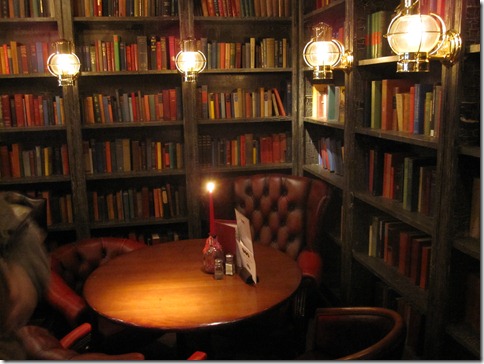 So we wandered around the city, and I explored a bit of the sights of Edinburgh.  Lots of old stuff around, and a fair amount of newer stuff in old buildings too.  I was particularly thrilled with this picture of Calton Hill right in the middle of Edinburgh.  It looks almost… fake.  But I don’t think even Disney could replicate this one that well. 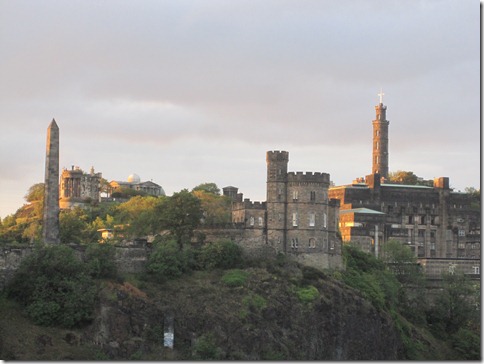 Moving on to Sunday, we were on a quest to find some whisky distilleries.  We took the train up towards Inverness and stopped at the small village of Pitlochry.  We chose it because it was home to two distilleries, both within relative walking distance of the train station. 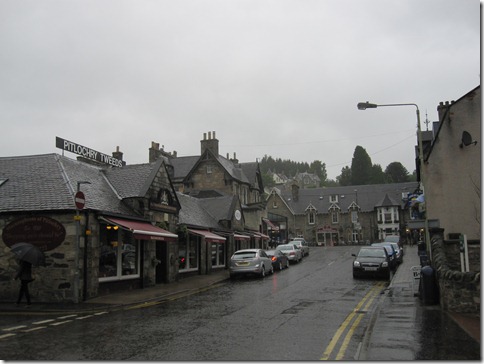 We stopped at the Blair Athol Distillery, home to some fine whiskies.  It had a nice little tour, which was vastly similar to many of the bourbon tours I took in Kentucky, but still worth the trip.  The scenery was nearly as good.  Though it was a rainy day throughout, with quite a few bouts of moderate downpour.  While this one was only the better part of a mile from the station, the other distillery, Edradour, was about 2.5 miles by road out of town, or you could take the “walk” through the woods for a slightly shorter journey.  It might be a little nicer if it weren’t pouring down rain.  But we went past this lovely sight called the Black Spout. 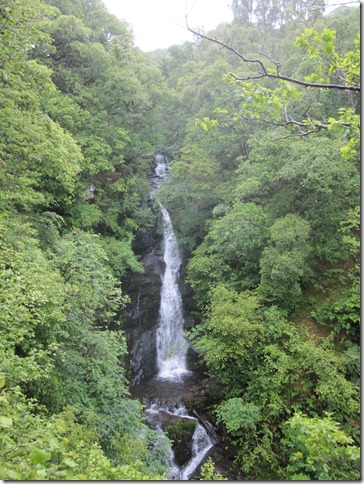 We finally made it to the Edradour Distillery, the smallest distillery in Scotland.  They produce about 90,000 liters of whisky a year, which ain’t a whole lot.  The distillery grounds reminded me a bit of the Maker’s Mark bourbon distillery in Kentucky,  just in that it’s so far off the beaten path and quite scenic.  But I was rather disappointed that this one was so touristy.  Apparently, despite being the smallest distillery in Scotland, it is also the most visited.  During the summer months, they get over 700 visitors a day, which doesn’t surprised me considering the tour buses we saw outside.  Unimpressed.

After quite a journey back to Edinburgh, we were starving so decided to get the local favorite, fish and chips.  Now, this was my first experience with authentically Scottish / British fish and chips. 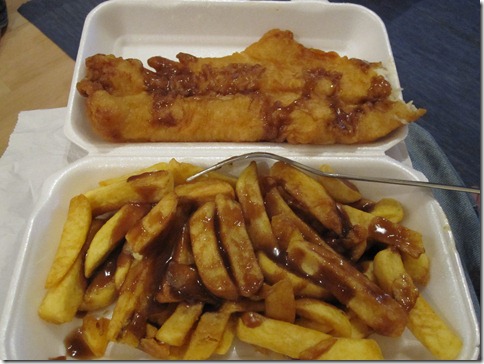 Where do I begin?  First, the fish is, like they took a giant fish filet and deep fried it.  Call me crazy, but I always thought that part of the point of fish and chips was to be easily eaten with your hands.  This is not.  The chips were quite nice.  But… I decided to be authentic and eat as the locals would, with plenty of “brown sauce”.  Frankly, I’ve met few sauces I didn’t like, and this is no exception.  Quite tasty stuff.  So the chips get a pass in my book.  But let’s get back to the fish.  Despite the large and less-than-easily-eaten piece of fish, it was untasty.  Now, I’ve never been a huge fish fan, but I always considered myself a fan of fish and chips.  But you know what?  I think I may not like fish and chips… I think I may just like tartar sauce.  It is entirely possible that my love for fish and chips consist only in so much as they are a tartar sauce conveyance device.  But of course, tartar sauce is distinctly American.  And you know what,  I think American fish and chips are better than the original.  There, I said it.  The end.  But you want to know real tastiness… then I present the antipasto plate I had last night at a local Italian restaurant. 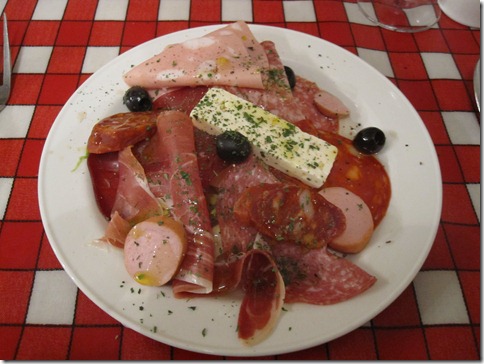 I dub thee… plate of cured meats.  And I ate ever last bit of this plate, and it was delicious.  My arteries may be clogged, but I probably walked 8-10 miles in the last 2 days, so I feel fully entitled.

And finally I ask… up or down?  In my never ending quest to understand why different countries have different ideas of which way is up, I have found the lightswitch.  So far I see:

For goodness sake people, if my life depended on this, I wouldn’t have any clue which way to go.  I mean, if Sweden and Denmark can’t even agree, what’s up with the world?  Maybe I’ll figure it out sometime.  At least we have lightswitches.