Today turned out to be a rather eventful day.  It was a holiday in Sweden, Midsummer’s Eve, otherwise known as the day before Midsummer, though for convenience moved to the nearest weekend.  Virtually everything in the city shuts down, and people head home to spend time with their families and celebrate.  There are a lot of similarities to American Thanksgiving in that regard.

We were invited to spend Midsummer with one of our coworkers, Jörgen.  He and his friend Steve were heading out to some friends small cottage out on the coast to celebrate the traditional Midsummer’s Eve. 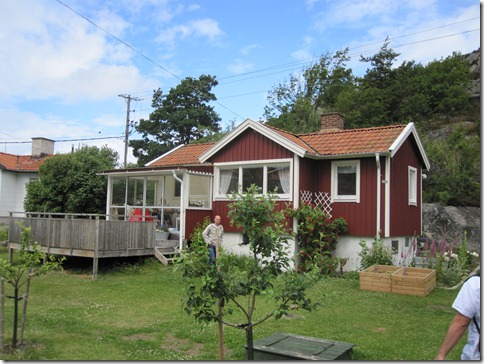 The cottage was this family’s summer home outside of the city.  It was in a little community built on the rocky shores.  Apparently this area is public land owned by the city of Gothenburg, but plots of this land are leased to individuals who were originally allowed to build small cottages, but then continued to add on patios and more enclosed areas, and many have basically turned into small houses.  Yes, that’s right, it’s the Crescent Bar of Gothenburg.

Shortly after arriving, we headed down to the center of the community to visit the Midsummer Pole.  It was a rather windy day which blew most of the flowers off of it, but the greenery remained.  Apparently the pole is traditionally a sign of fertility.  I can see that.  But I’m not sure if that’s fact or just urban legend. 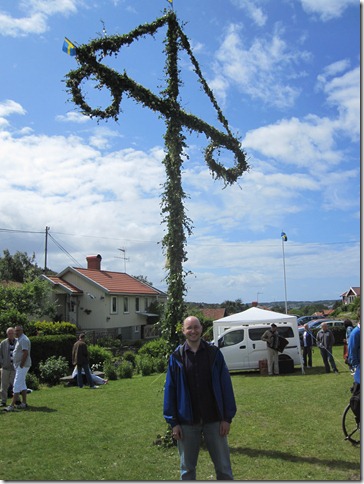 Now the festivities began, with all of the kids (usually brought along by their parents) forming a circle to dance around the Pole.  Singing traditional Midsummer songs (that literally every Swede there seemed to know by heart because they all sang them around the Pole when they were kids), they danced and sang to the lovely sounds of the old man playing the accordion.  For some reason, this didn’t even feel like such a strange thing… it was kinda cool. 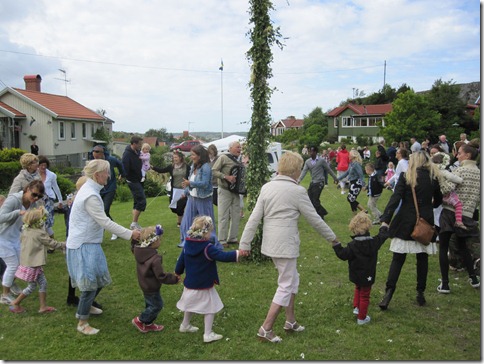 Following the festivity, we took a walk down to the water.  They call this Herring Bay, and it was ridiculously windy.  With lots of rocky shore, it was pretty neat. 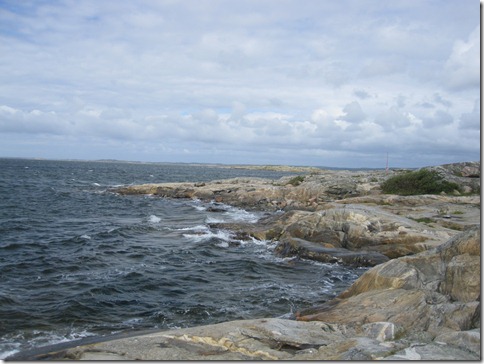 We eventually concluded the afternoon with traditional Midsummer dinner. 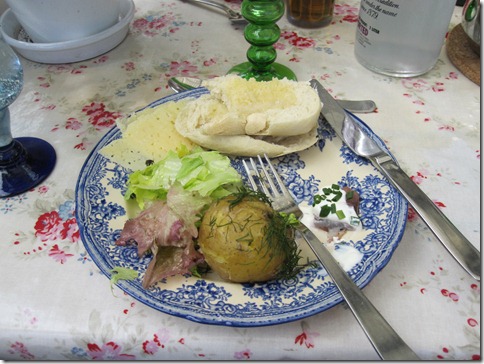 Some traditional, some non traditional, but included in dinner were boiled new potatoes with dill, salad, cheese, bread (though they like their Swedish hard bread, I prefer the soft kind, thankyouverymuch), and of course, the ever ceremonial pickled herring.  Now, I’ve once again avoided pickled herring for most of my life, but in my never ending quest to “try anything once” I had some, much to the Swedes amusement.  But believe it or not, (well, I didn’t believe it), it wasn’t half bad.  I mean, I’m not going to be seeking it out as the greatest thing I’ve ever eaten, but it wasn’t so terrible.  Following dinner was traditionally Swedish strawberries (they do love their strawberries) with whipped cream.  Everything else was delicious as expected.

An exciting view into the Midsummer festival in Sweden.  That concludes the adventures in Sweden this time.  Tomorrow I head off to Edinburgh, the land of the Scots, for some new adventures.