The rains came and the rains continue.  This paragraph was about 8 times longer, but then my computer locked up and I lost it all.  You didn’t miss much.

I started my day by climbing the Scott Monument.  283 steps to the top, up narrow winding stone staircases.  From the top you can see a lot of Edinburgh, but you can see those pictures for yourself over in the album. 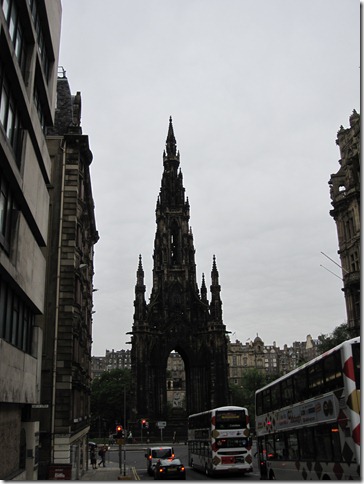 Edinburgh is probably one of the only cities in the world where it would be perfectly normal to have a bagpiper playing on a street corner.  Even from the top of the Scott Monument, those highland pipes live up to their reputation.  I could hear them clear as a bell. 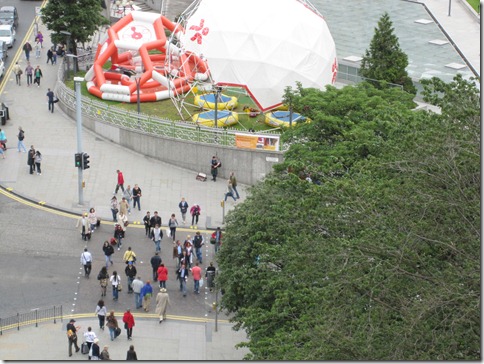 From there, I made my way up to the Royal Mile.  It’s a stretch of street that spans from Edinburgh Castle to Holyrood Abbey.  The original plan was to check out one of the must-see castles of the world (at least that’s what the Travel Channel told me).  Though my introduction to Edinburgh Castle was a line queue of a bajillion people waiting to get tickets. 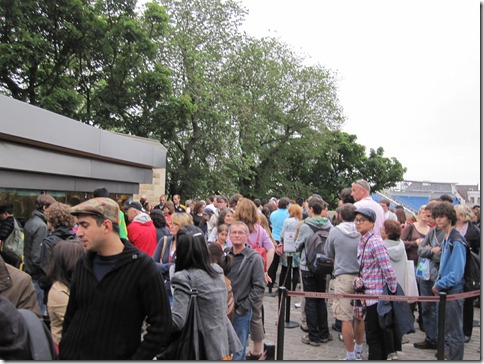 I actually started waiting in line, then it started to rain.  As many umbrellas popped up like a game of whack-a-mole, I decided it wasn’t worth it and would come back later, and headed back to the Royal Mile for some other sightseeing.  The tourist traps are in full force, but I took a walk through the (free) tartan mill. 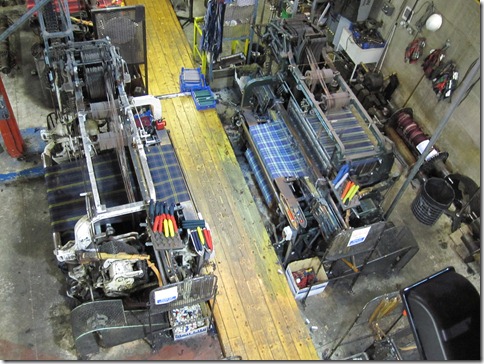 The looms were whirring and spitting out tartans of every color and clan.  After hunting down the family tartan, I moved on to the next stop.  I went to the massively-commercialized Scotch Whisky Experience.  Part Disney-like ride in a whiskey barrel, part informative explanation of the Scottish whisky industry.  I was surprisingly impressed with the “experience”.  It also included a walk through the World’s Largest Scotch Collection of over 3000 bottles of scotch. 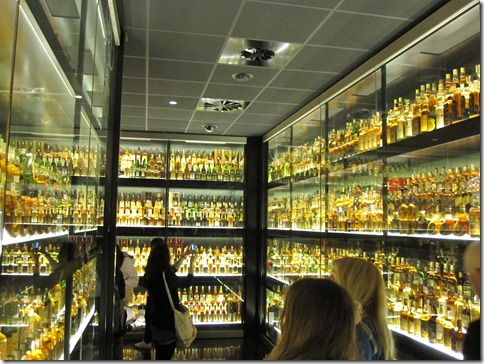 After stopping for lunch, I continued back to the castle.  This time, not a soul in line, I walked right up and bought my ticket and headed inside.  But at the entrance to the castle they were assembling a large complicated grandstand for the Edinburgh Military Tattoo that takes place in August.  Apparently this is a “new” set of stands that can be assembled and disassembled in only 6 weeks, as opposed to the old one that took 3 months to put up and take down.  Seems like a lot of work, but must be a big deal. 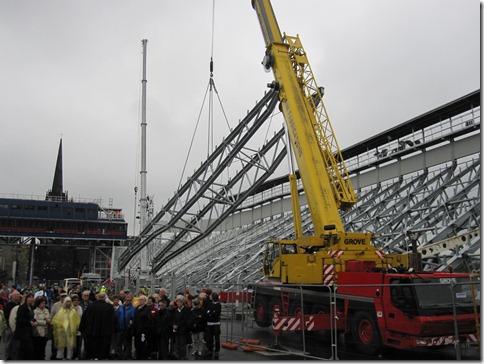 Inside the castle were too numerous things to mention, but of particular note were the Scottish Honours, a.k.a. the Crown Jewels.  Unfortunately, pictures are not allowed.  But they were shiny.  These were officially retired when Scotland united with England to form Great Britain in 1707, and locked away in Edinburgh Castle, until they were found again in the early 1800s and put on display.  This is one more set of crown jewels I can put into my collection of those I’ve seen.

Following that I made my way back down the Royal Mile to St Giles Cathedral, head of the Church of Scotland and the mother church of Presbyterianism. 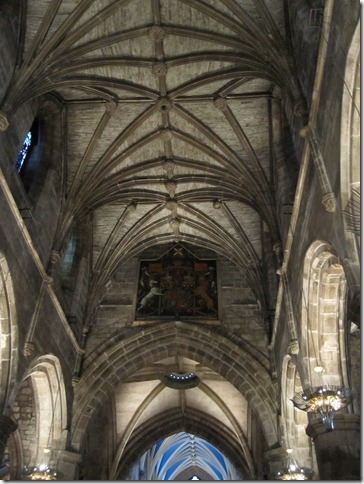 Later, I went on to Calton Hill.  It was by far the most interesting looking hill from downtown, so I went until I made it up there.  A nice walk, but not very exciting.  It’s much better looking from afar.

Tonight I’ve just been relaxing a bit and catching up on pictures, postcards, and blogs.  I’m off to London in the morning, and should have a lot going on there.  Currently just short of 300 pictures overall, and I’m sure there’ll be plenty more to see once I reach London.  Ready for a relaxing day of train travel down to England tomorrow.