English as a Common Language – Day 8

Today I’ve been taking it pretty easy.  Just wandering around Oslo, seeing what I find to see, and avoiding the random rain showers that keep occurring.

Before I give the daily recap, I want to go back to a topic I touched on a few days ago.  As I’ve pointed out, most everyone in Scandinavia speaks English.  But contrary to what most of them may want to admit, really, English isn’t a second language to them, it’s their common language.  In Norway, they speak Norwegian to each other, but they speak English to everyone else.

Why is this important?  Because they have absolutely NO problem speaking English, if they know you don’t speak Norwegian.  But they only way you know is if you start speaking English first.  I’ve had the worst time as I start picking up small words and phrases in these languages, and when I use them, they assume I know their language and start talking to me in it.  This is fine, but then they find out I only really speak English, and THEY actually are feeling bad and apologizing to me because they weren’t speaking in English.  The moral of the story:  contrary to popular belief, it’s actually better not even to attempt to speak their language.  :)

Today was rather uneventful, actually, so this should be short.  I started out on this dark and dreary morning heading up to really the only place that everyone said “you have to go there,” the Vigeland Sculpture Park. 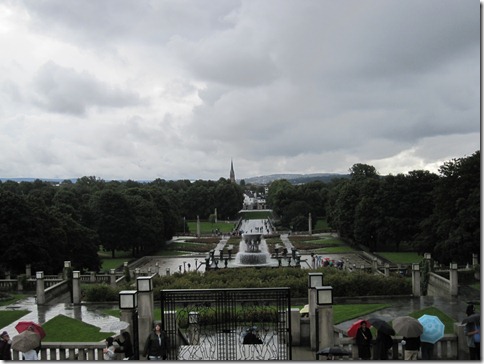 Though most people know it as “the park with all the naked statues.”  If it weren’t raining I probably would have wandered around longer, but as it was I can’t say it was particularly exciting.  It was a nice big park though.  At the center was the “tower of naked people” (I’m rusty on the direct Norwegian translation). 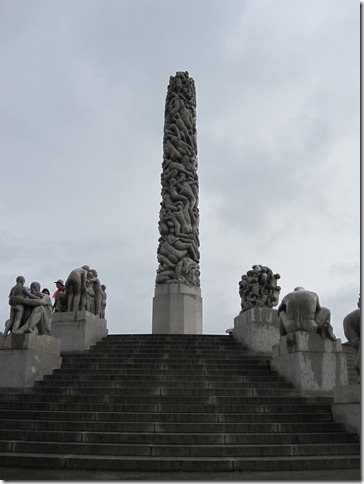 Moving on, I headed back toward the main part of the city, and did pass by a pretty cool cinema called the Oslo Kino Colosseum.  Looking it up after the fact, it’s the largest cinema in Northern Europe, and the largest THX cinema in the world.  Pretty cool building too. 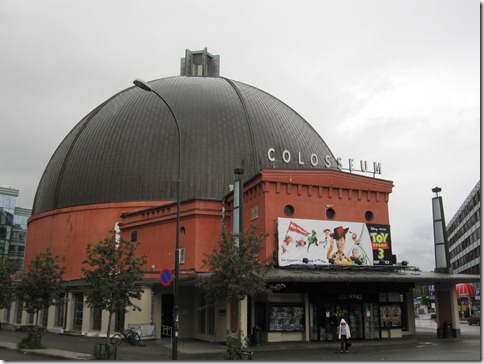 And then it started raining a lot.  A LOT.  I huddled with some people under an awning on a street corner and watched as the water slowly filled nearly to the height of the curb. 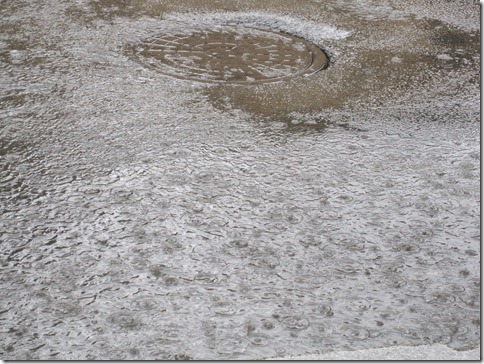 Then across the street from where I was avoiding the rain happened to be the National Gallery.  It was all art, but did have some pretty cool paintings, most notably Edvard Munch’s The Scream. 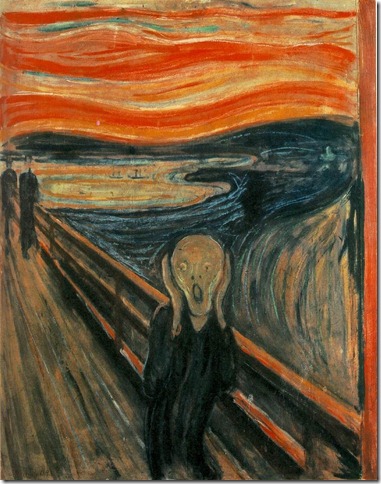 The rest did include some pretty cool Picassos, Renoirs, Monets, Manets, and one of Van Gogh’s self portraits.

I continued on to do some shopping, trying to find something definitively Norwegian to take home.  But instead was distracted by a bunch of pretty colored yarn. 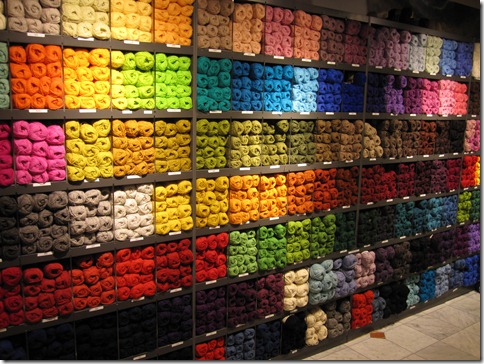 I looked at a wide array of Norwegian sweaters, and decided that I wouldn’t spend $400 on something I actually WOULD wear, let alone something I probably wouldn’t. :)  Though some of them did look nice.  Perhaps I’ll find something before I leave Oslo tomorrow.

I leave you today with one of the most “interesting” street art I came across in Oslo.  I call it Norway’s “Salute to Aluminum Foil.”  Enjoy! 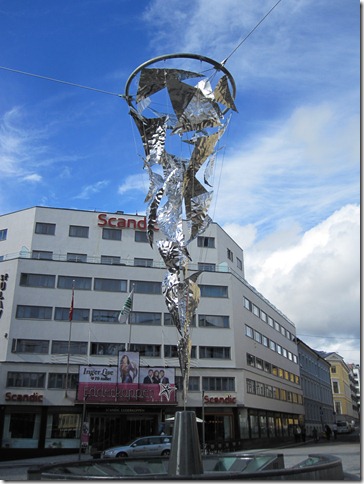