August 21st, 9 A.M., Central Europe Standard Time... from here on in I blog without a script.

I'm tired of being on planes.  Or just tired.  I'm not sure which yet.  Actually, the 9-hour flight flew by.  (rimshot)  [And boy are my arms tired...]  But seriously, a most pleasant flight.  Minimal baby crying, mostly smooth skies, and barely palatable in-flight food.  I mean, not zesty.  Thank goodness I brought my own snacks, or I would be starving right now... though I kinda still am.  Fortunately I had an aisle seat, next to a very nice Norwegian lady who works in San Diego 2 weeks out of every quarter.  She's used to the flight, but said it doesn't make it any shorter.  I can only imagine.

On the bright side, our flight had personal on-demand video screens in the back of every seat.  On the not-so-bright side, about 14 of us in one isolated corner of the plane had our video go out about 2.5 hours into the flight.  No more movie for me.  In compensation they did offer 5,000 Delta miles (virtually worthless to me, since all my miles are on Alaska), or a $50 flight credit which I took.  I just listened to music on my iPhone while I attempted to sleep.  I probably slept 2 or 3 hours overall, broken up over the 9-hour flight.  Not too bad I guess.  Though around the 8-hour mark on the flight, I had absolutely had enough of flying.  I started overheating and not feeling zesty, but an increase of airflow managed to shake me out of that.  I've never gotten sick on a plane before, I didn't feel like starting now.  :)

Arrival at Amsterdam was... uneventful.  Amsterdam Shiphol airport is ginormous.  I have dubbed it the "crossroads of the world" because seriously I think I've heard every language and seen every nationality just as I was walking from one gate to another. 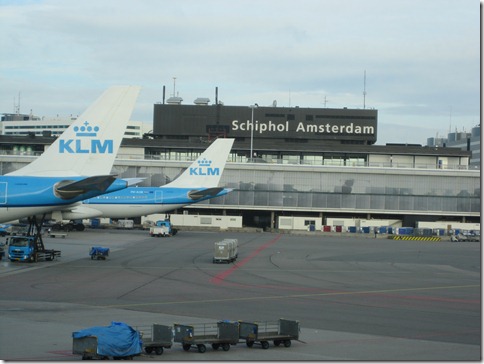 I did find some lovely lounge chairs in a quiet corner of the terminal which is where I'm currently writing this from. 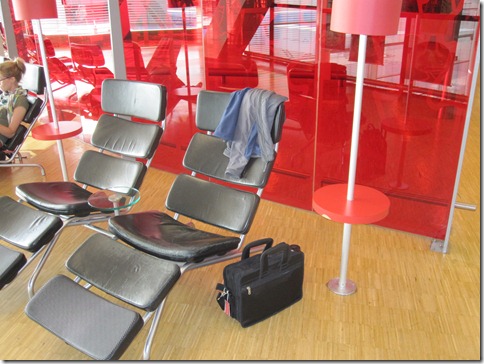 Yes, they may look like they're from IKEA, and yes they are bolted to the floor, but they are remarkably comfortable. I'm afraid if I close my eyes, I won't open them again, and I'll miss my flight.  So instead I will relax here and blog.

Oh yes, Amsterdam airport is also THE most confusing airport I have ever been to.  No, really.  It's true.  And I usually navigate airports very well, but this place is a mess.  While I’m thinking about it, what’s up with the Dutch?  I think they have an identify crisis.  First, they’re The Netherlands, but then they call themselves Holland, but as if it’s not enough to call their language Hollandish or Hollandaise (goes great on eggs), they call it Dutch.  What’s going on?  Pick a consistent name and use it!

I now have another hour long flight to get to Copenhagen.  I may take the opportunity to take a quick nap before I arrive, and then force myself to stay awake and be a tourist the rest of the day.  Time to do a bit more exploring of this airport before I head over to the gate.  No rest for the weary.

I’m tired.  I made it here though.  After taking the subway-like metro downtown from the airport and dragging my suitcase nearly a kilometer across mostly cobblestone streets (sorry suitcase wheels), I made it to the hotel and checked in. 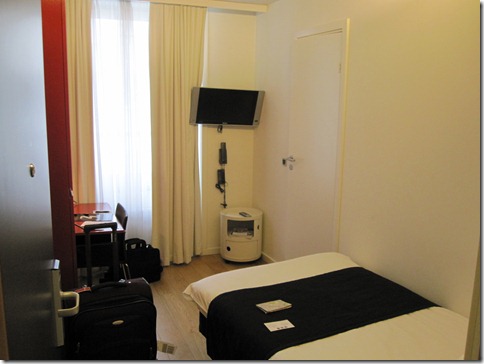 Just big enough to sleep and be comfortable.

I then went out exploring and found the Christiansborg Palace where I found plenty of interesting stuff.  The royal halls were strictly no pictures, but the ruins of the old Copenhagen Castle underneath were fair game for all kinds of pictures: 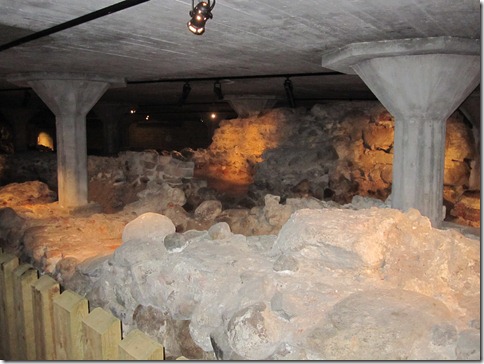 After that I continued through to the National Museum, stepped inside but decided I didn’t really have the energy to go in today.  So tomorrow will be another challenge.

A few other pictures of the city while I was wandering… 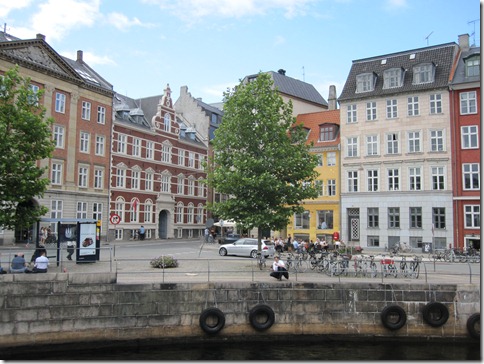 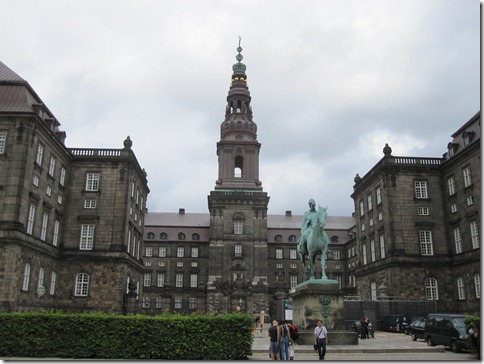