First a more thorough recap of the journey from Stockholm to Oslo.  The train emptied in Karlstad onto 3 waiting tour buses bound for Norway.  There were actually many people going to somewhere inbetween Karlstad and Oslo, which allowed one of the buses to load just those going direct to Oslo and we could go without having to stop. That wasn’t so bad.  The bus was relatively peaceful, and the windows actually clean so I could take some good pictures. 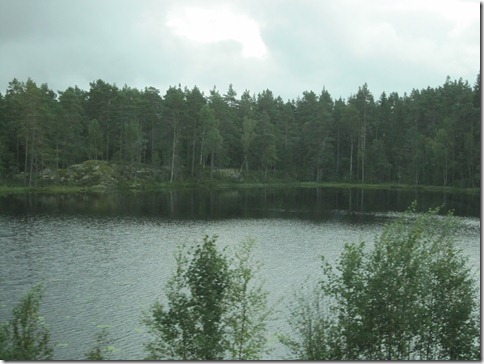 And there was plenty of good pictures to take.  Green trees, deep blue lakes scattered and abundant, and rolling wheat fields.  Beautiful countryside!  That’s why I didn’t take a plane.

The hotel room in Oslo was quite a bit larger than the previous ones in Stockholm or Copenhagen, but I wouldn’t necessarily say “nicer”.  I also am in a smoking room, so the smell of stale smoke permeates the room.  But then again, so it also permeates the streets in all of Scandinavia.  Geez people, stop smoking. 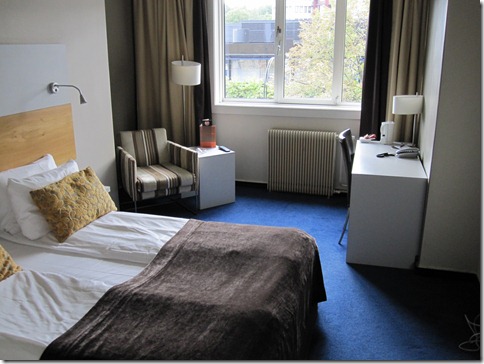 After dumping all of my stuff and reloading to head out, I wandered out for my typical first orientation to the city.  I start walking until I get lost enough, then figure out where I am and find my way back.  And I usually find lots of good stuff along the way. Today I found… lots of shopping, and this jolly fellow who was quite pleased that I threw a crown in his podium. 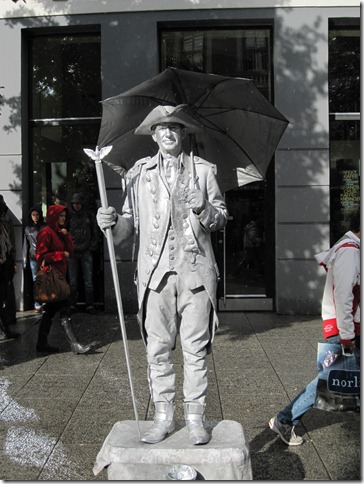 I ran into Oslo Cathedral, and on to the Akershus Fortress.  Trolls guarded my journey. 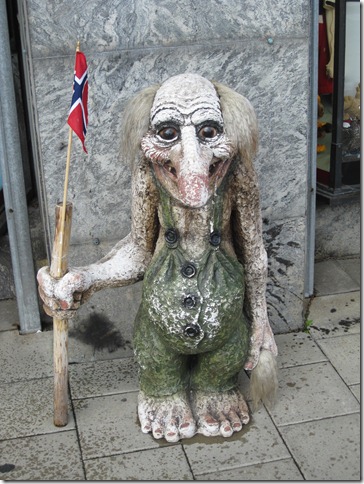 I also came across the Nobel Peace Center, which was interesting considering I found the Nobel Museum in Stockholm.  But the Peace Prize gets awarded in Oslo rather than the rest of the Nobels which are in Stockholm.  The Peace Center had a big exhibit on Obama, which I did not go see. 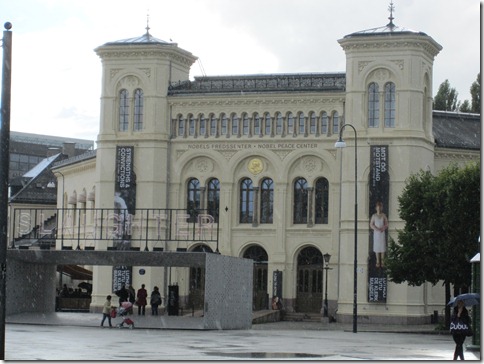 Finally, as I continued my wanderings back towards the hotel, I came upon this large building, the only one in Oslo with 10-feet high fences and armed guards at all of the entrances. 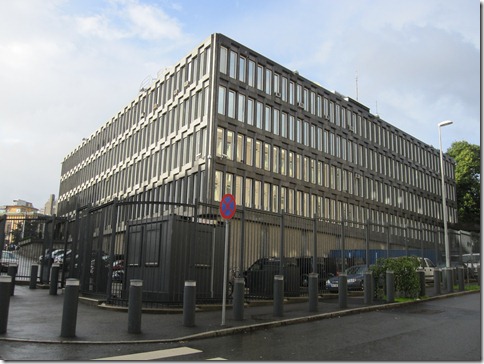 After getting the evil eye from most of the guards who saw me taking pictures of the building, I knew for certain it couldn’t be any other building than… 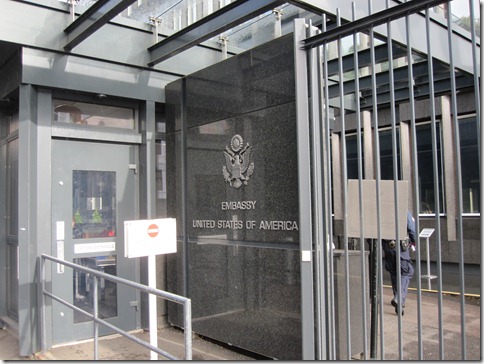 The U.S. Embassy.  Visitors unwelcome.  The sign out front pretty much says “go away”.  Actually, I think it says “if we didn’t ask you to, don’t come in.”  This is by far the highest security building in Oslo.  For comparison, the King’s Palace is right across the street. 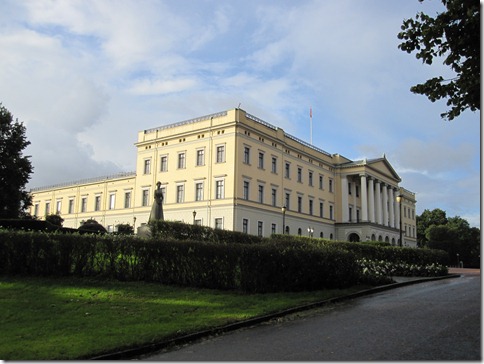 And besides the Royal Guards patrolling out front, who will smile and take a picture with you if you ask nicely, there’s nothing too menacing or intimidating there.  You can even get close enough to actually touch the building… which I did just to prove I could.  Try that at the U.S. Embassy. 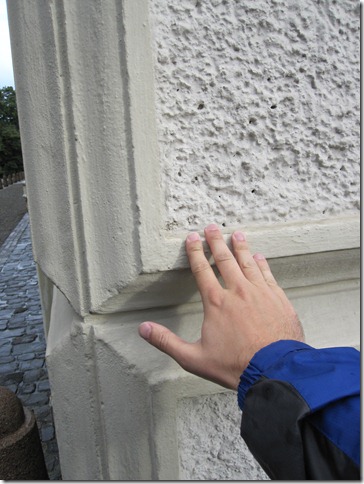 Of course, you could also be the Canadian Embassy on the other side of the palace, which occupies one floor of a non-descript office building, indicated only by the presence of the maple leaf hanging out front on the flagpole. 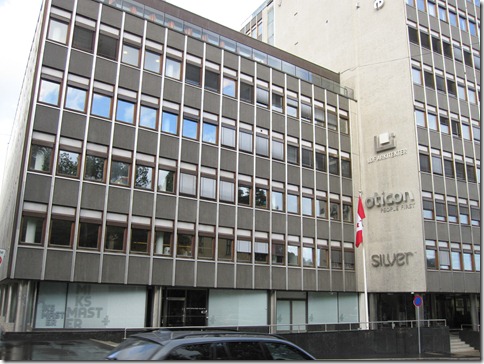 Tomorrow I’ll endeavor to go somewhere interesting.  Hopefully the rain is done after today, and I can have a nice day to explore with my last real day of “vacation”, before I head to Gothenburg on Sunday to get ready to work next week.

Plenty more interesting pictures in the Picasa album for you to check out.